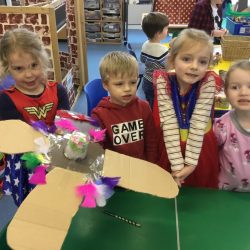 We are now counting down the days until the middle of next week when we hope the eggs in the incubator in our classroom  will hatch. Meanwhile we have been investigating other animals which lay eggs and have been finding out about the lifecycle of some of these creatures.

We have enjoyed various ‘egg themed ‘stories’ including one called ‘The Egg Drop’ by Mini Grey which has led us into designing and testing out ways in which we could make an egg fly.  We worked in small groups to build various egg carrying parachutes, kites and spinning air balloons which were then put to the test in a grand flight launch.

In maths we have been exploring 3D shapes and have done lots of sorting, building and pattern making . We have also enjoyed playing a range of maths games together – developing our pattern and number recognition at the same time as working on skills of sharing, taking turns and working together.

Our Reception children enjoyed a forest school adventure to the meadow this week and came back full of information about the birds and flowers which they had identified in their hunt for signs of spring, whilst our pre-schoolers had great fun mixing natural ingredients to make mud paint and making their own natural paintbrushes for some large scale mark making. 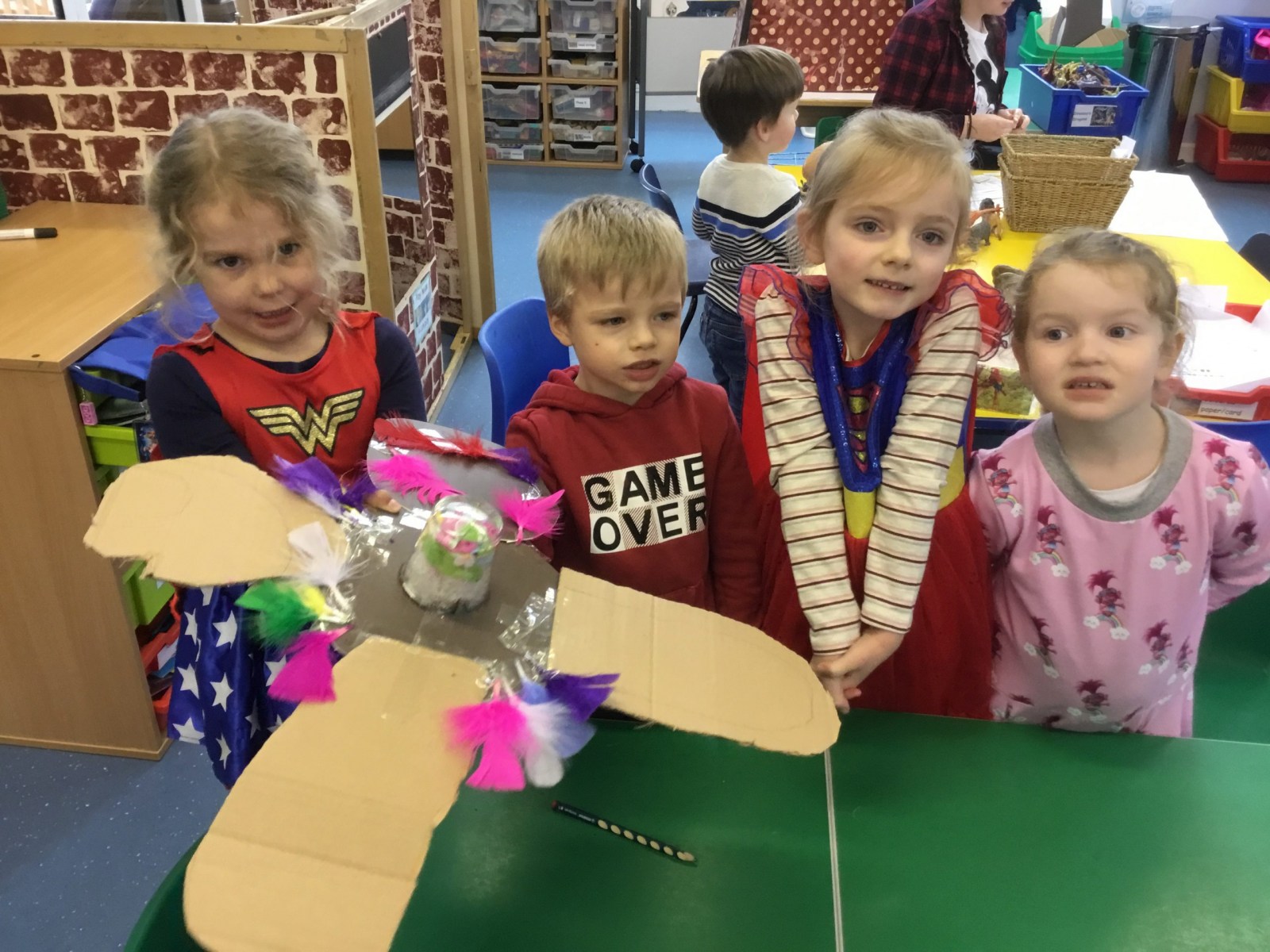 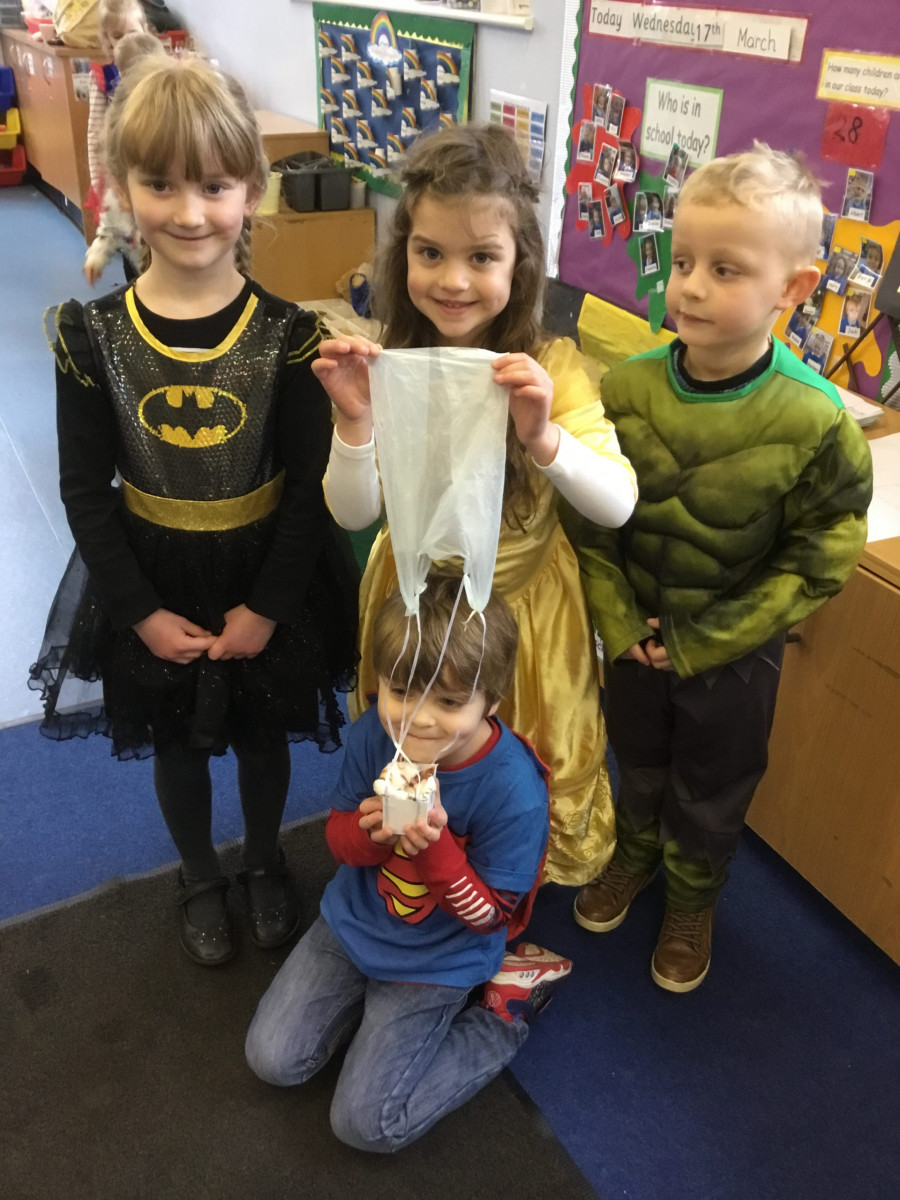 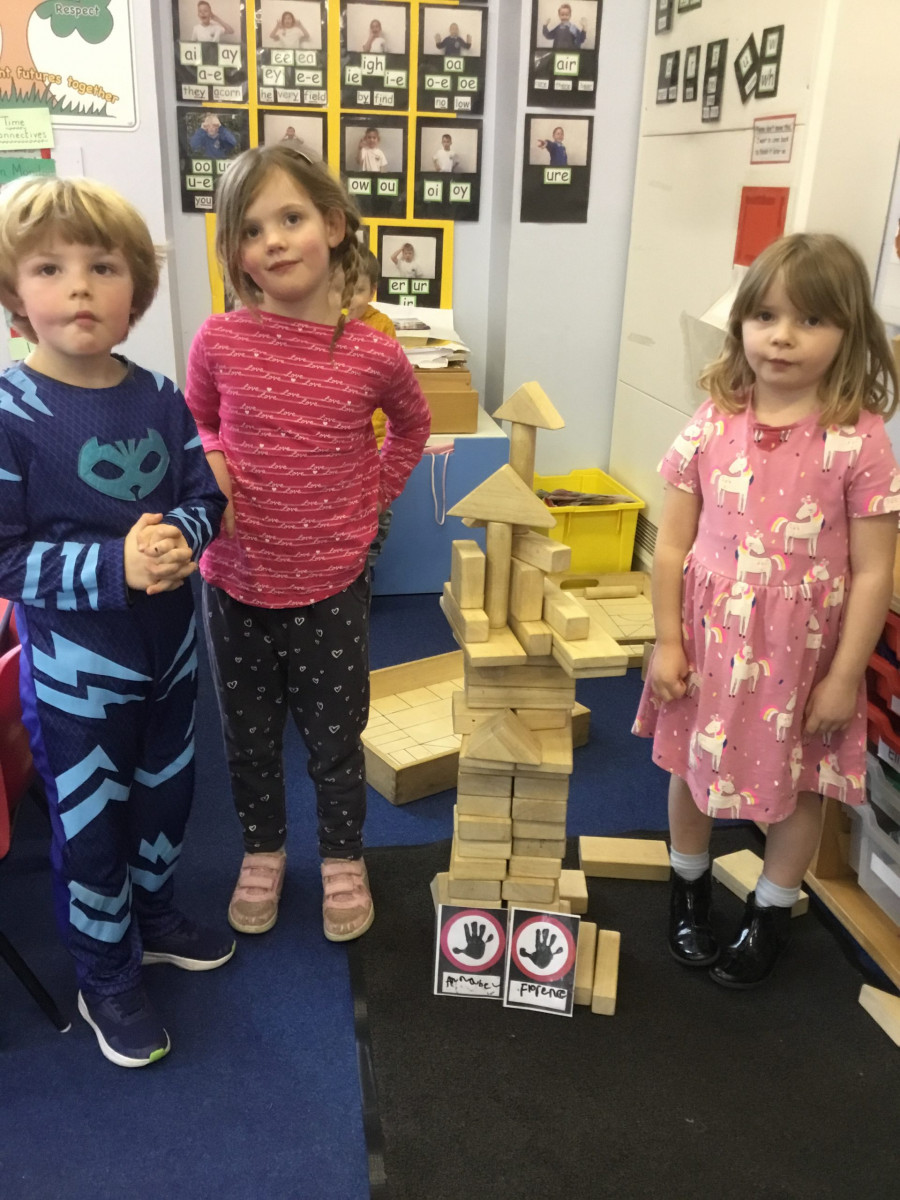 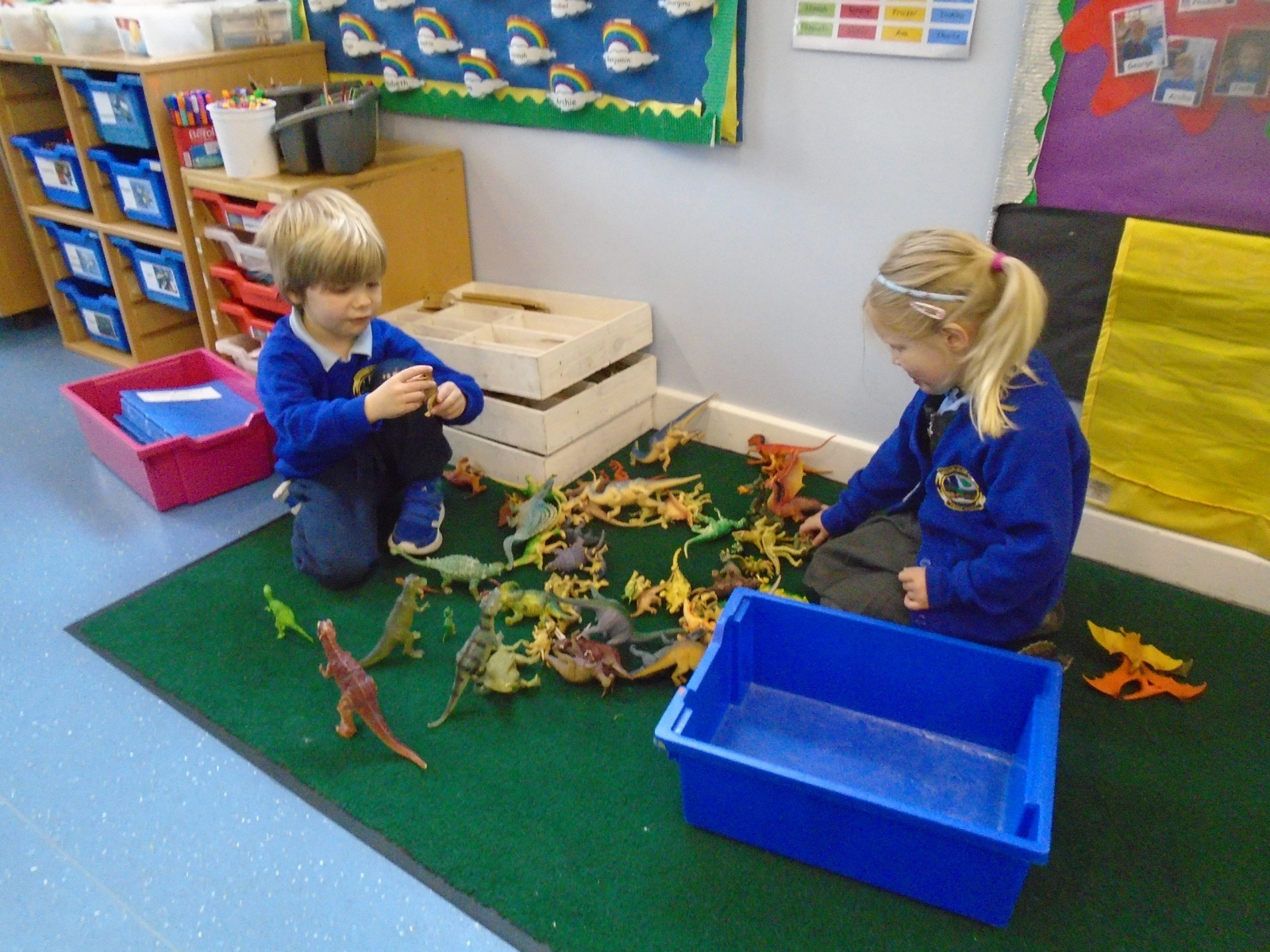 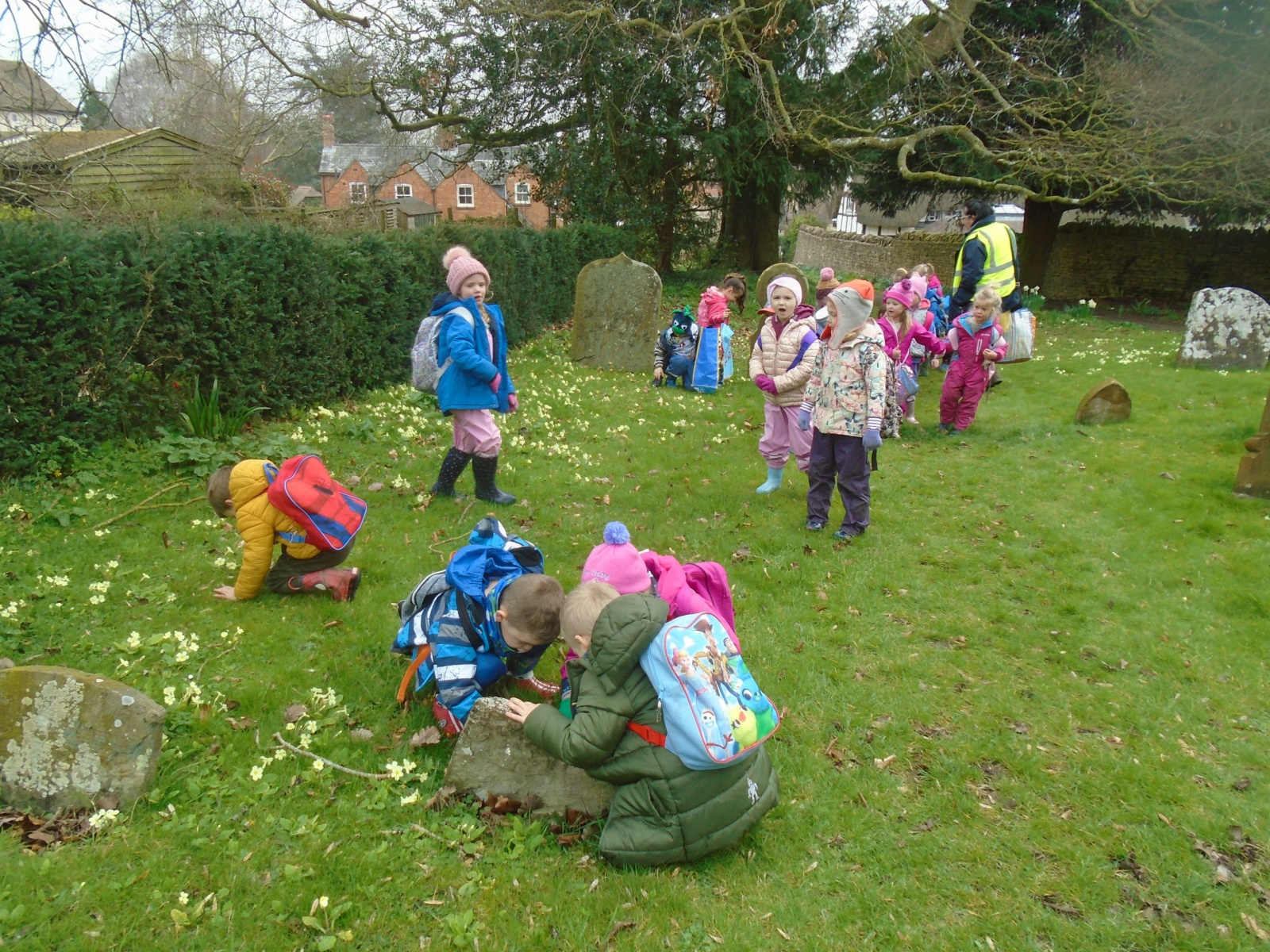 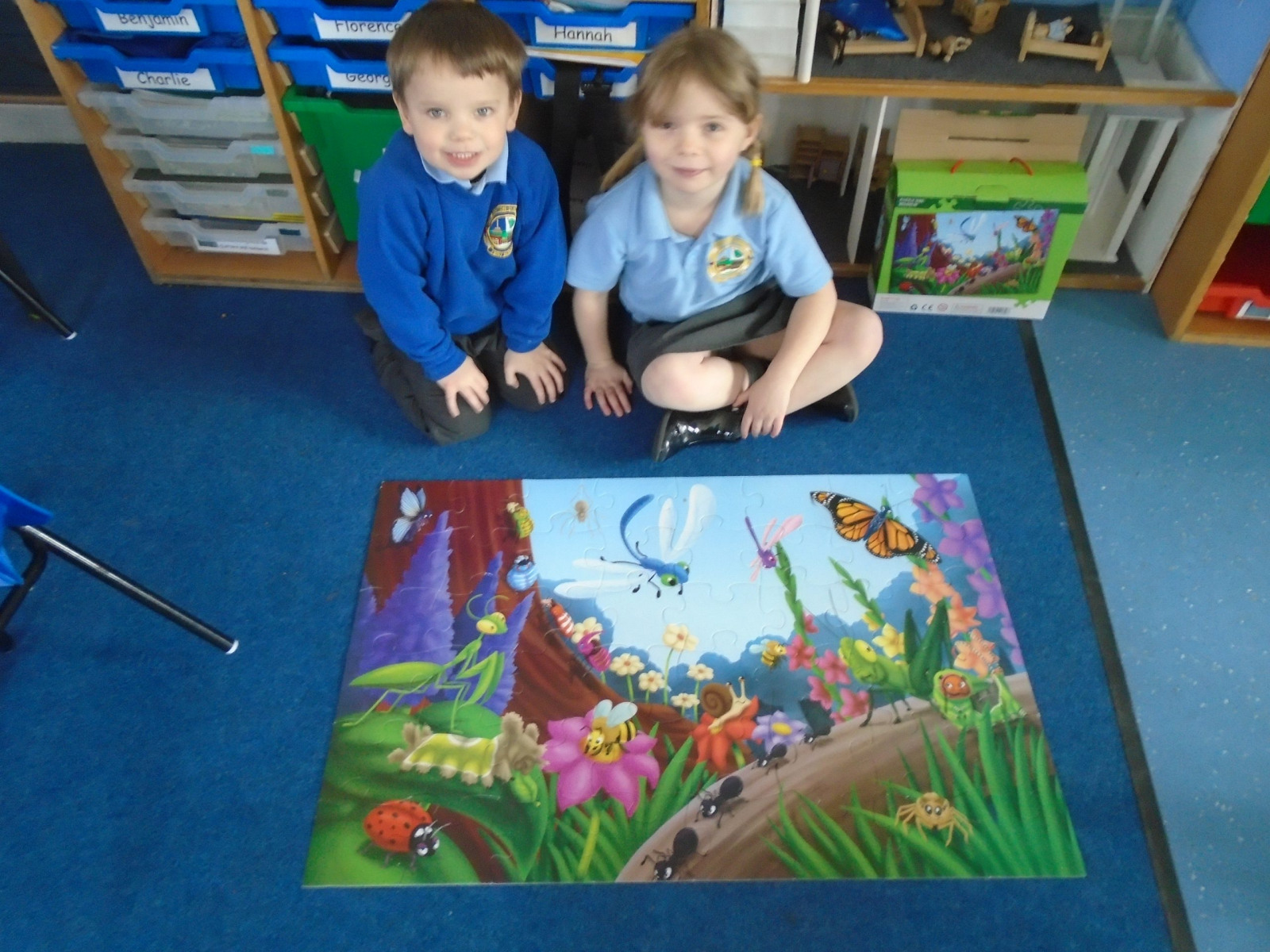 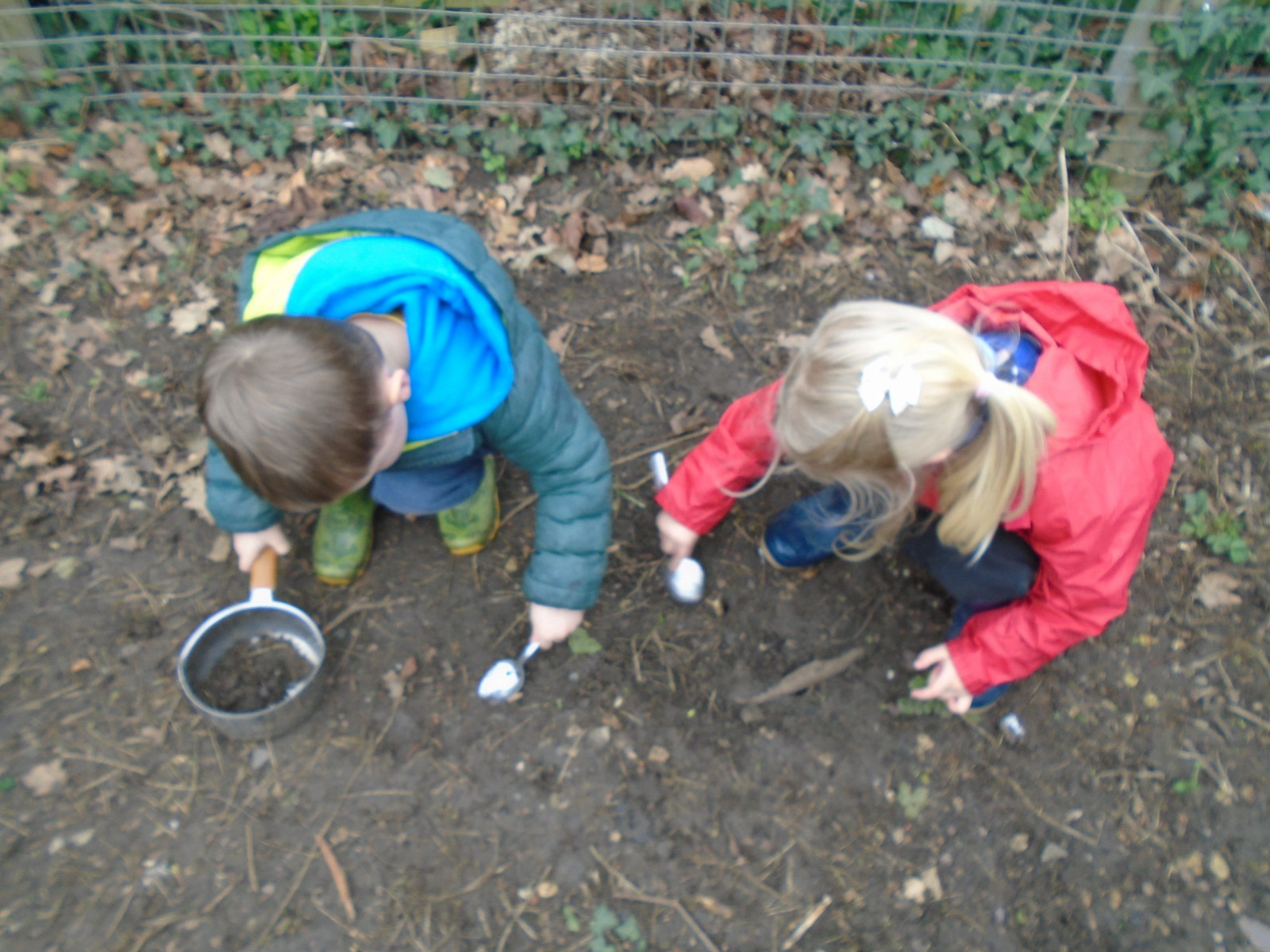 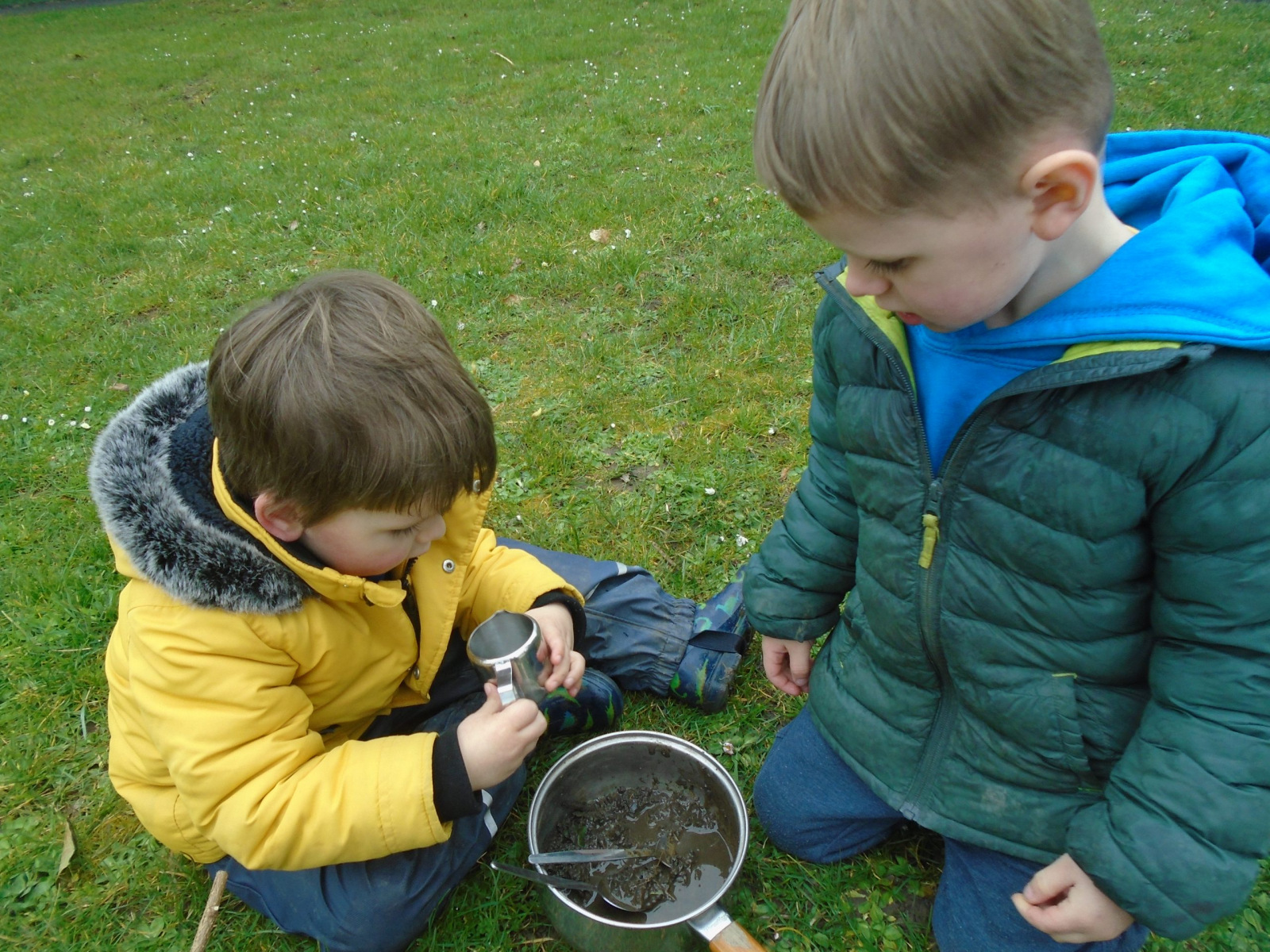 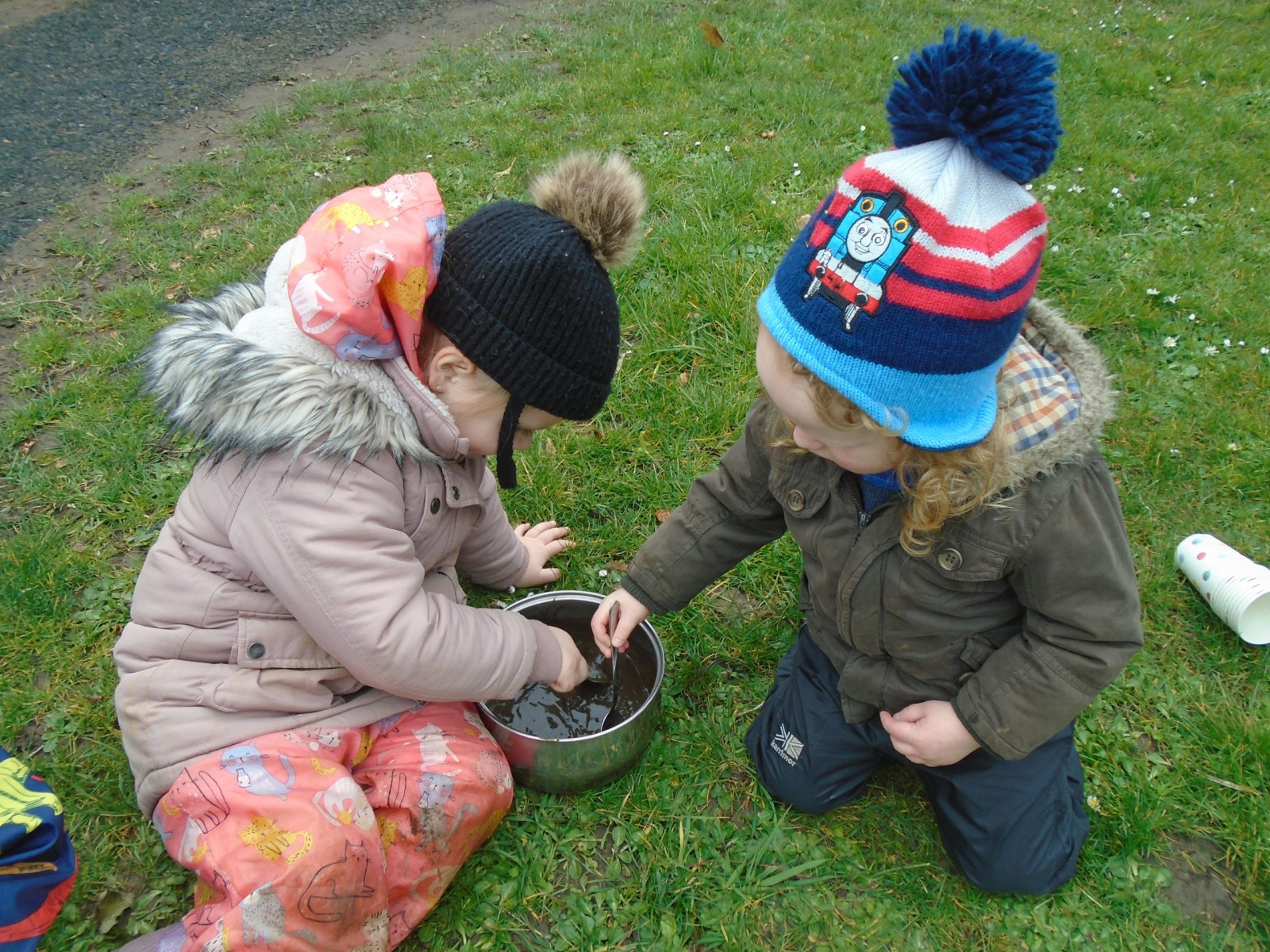 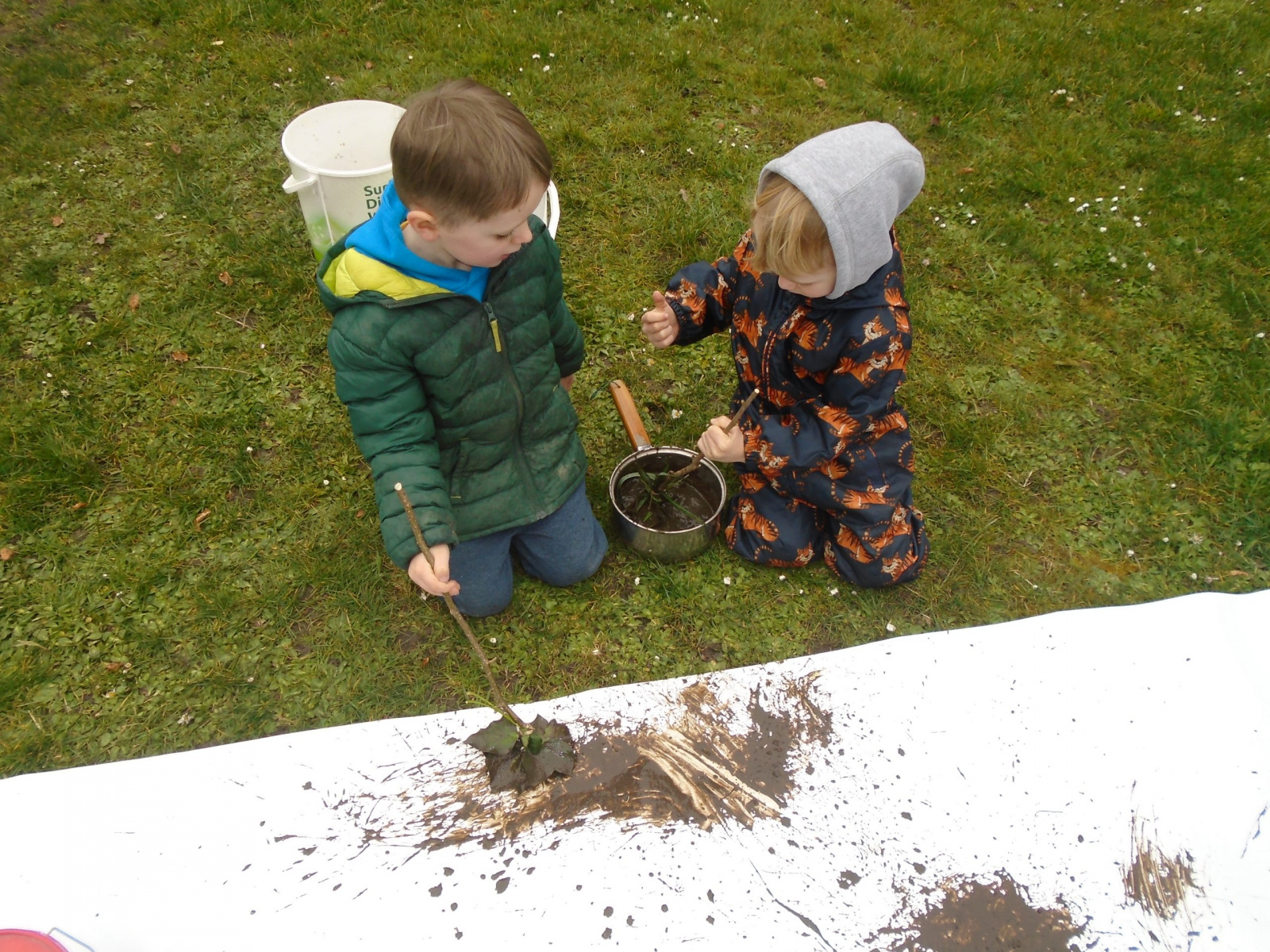 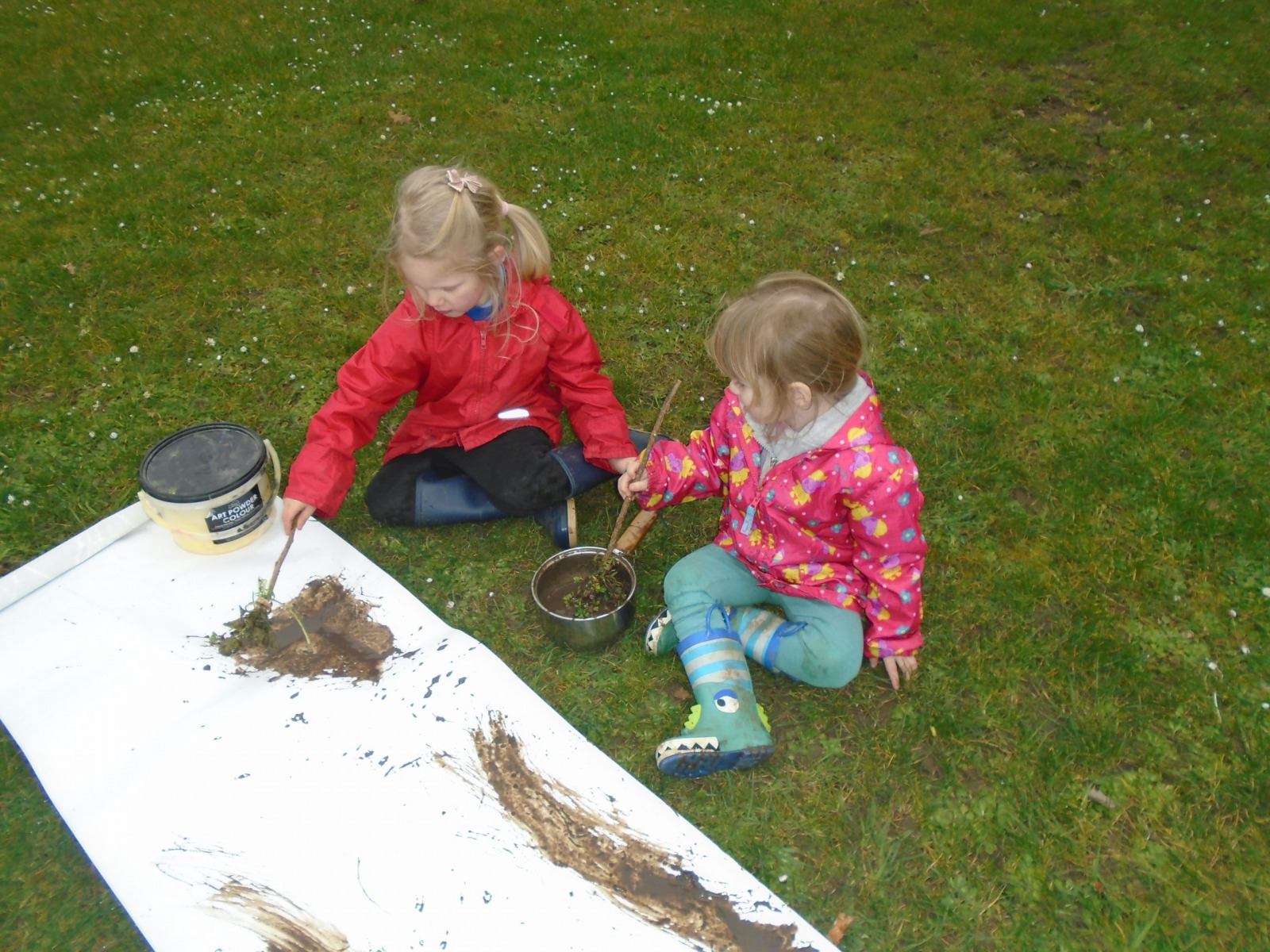 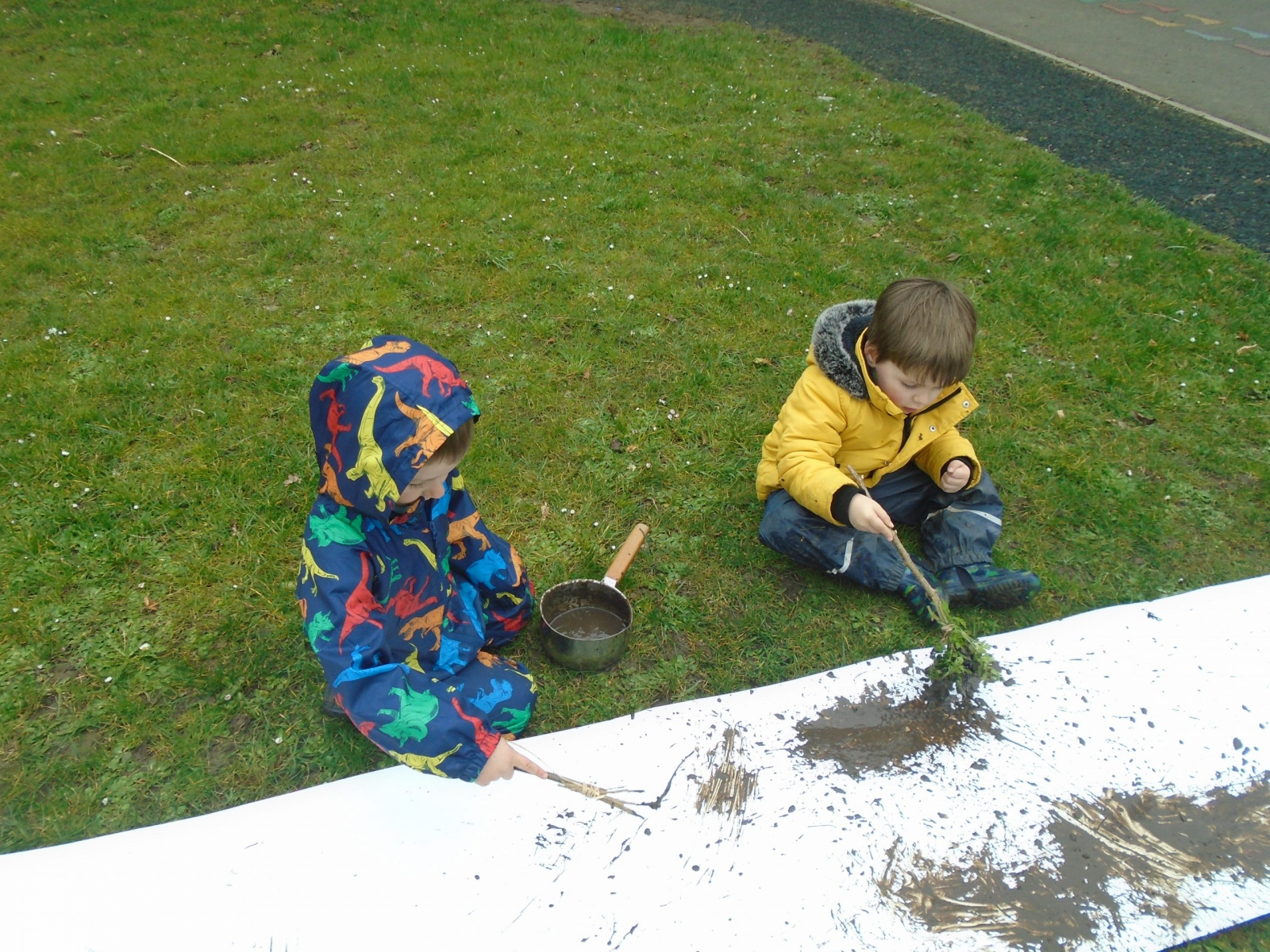 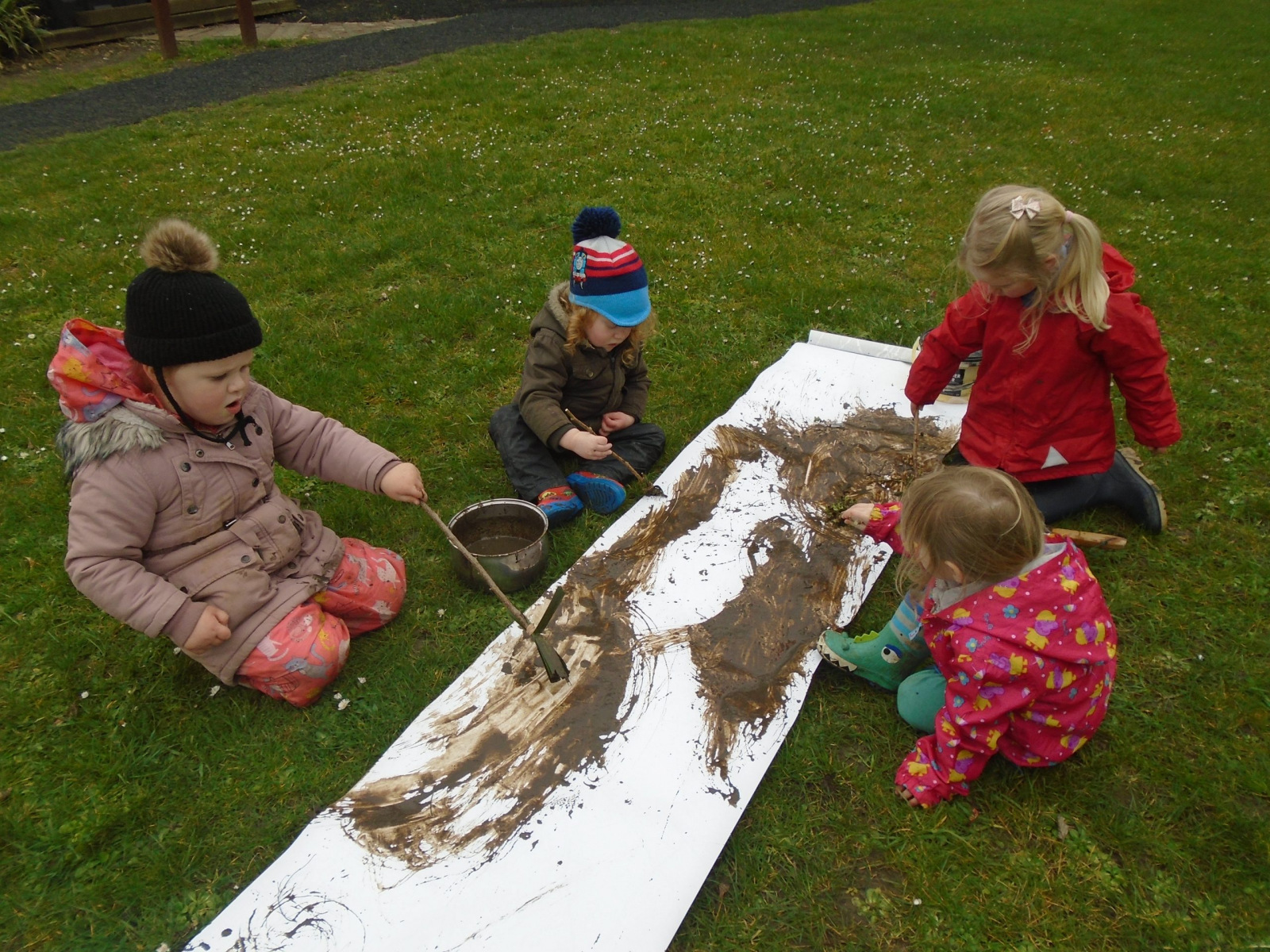 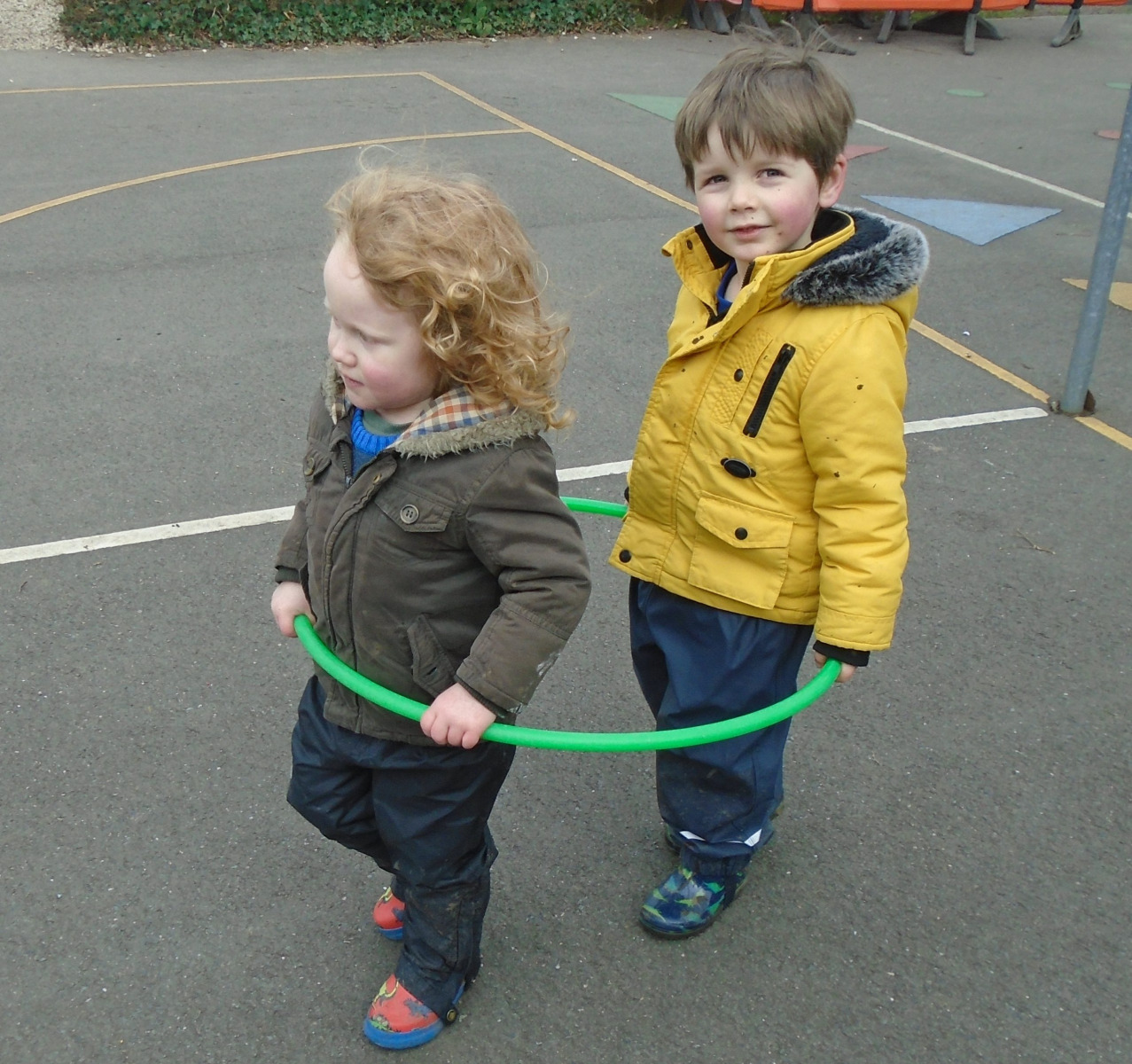 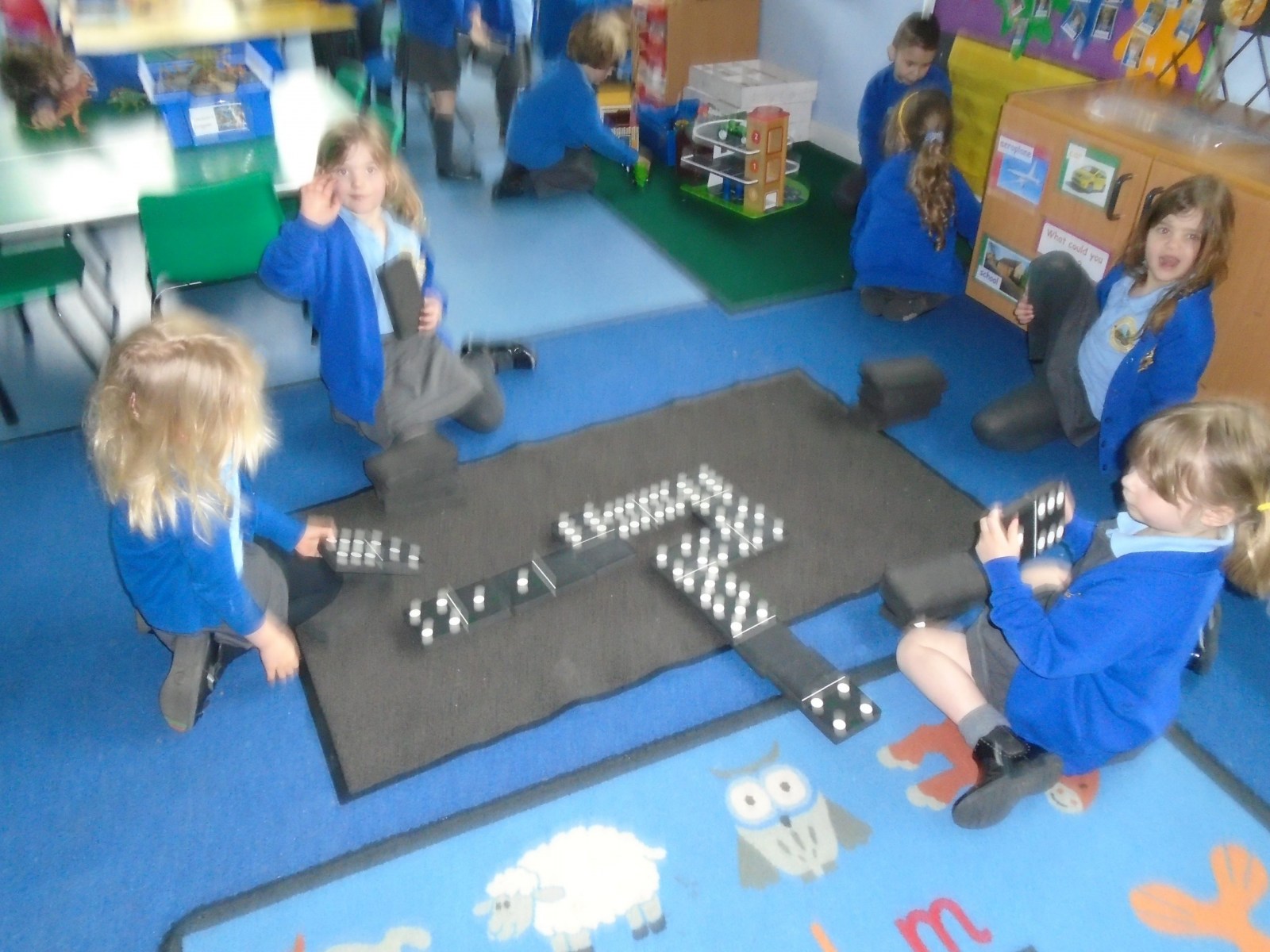 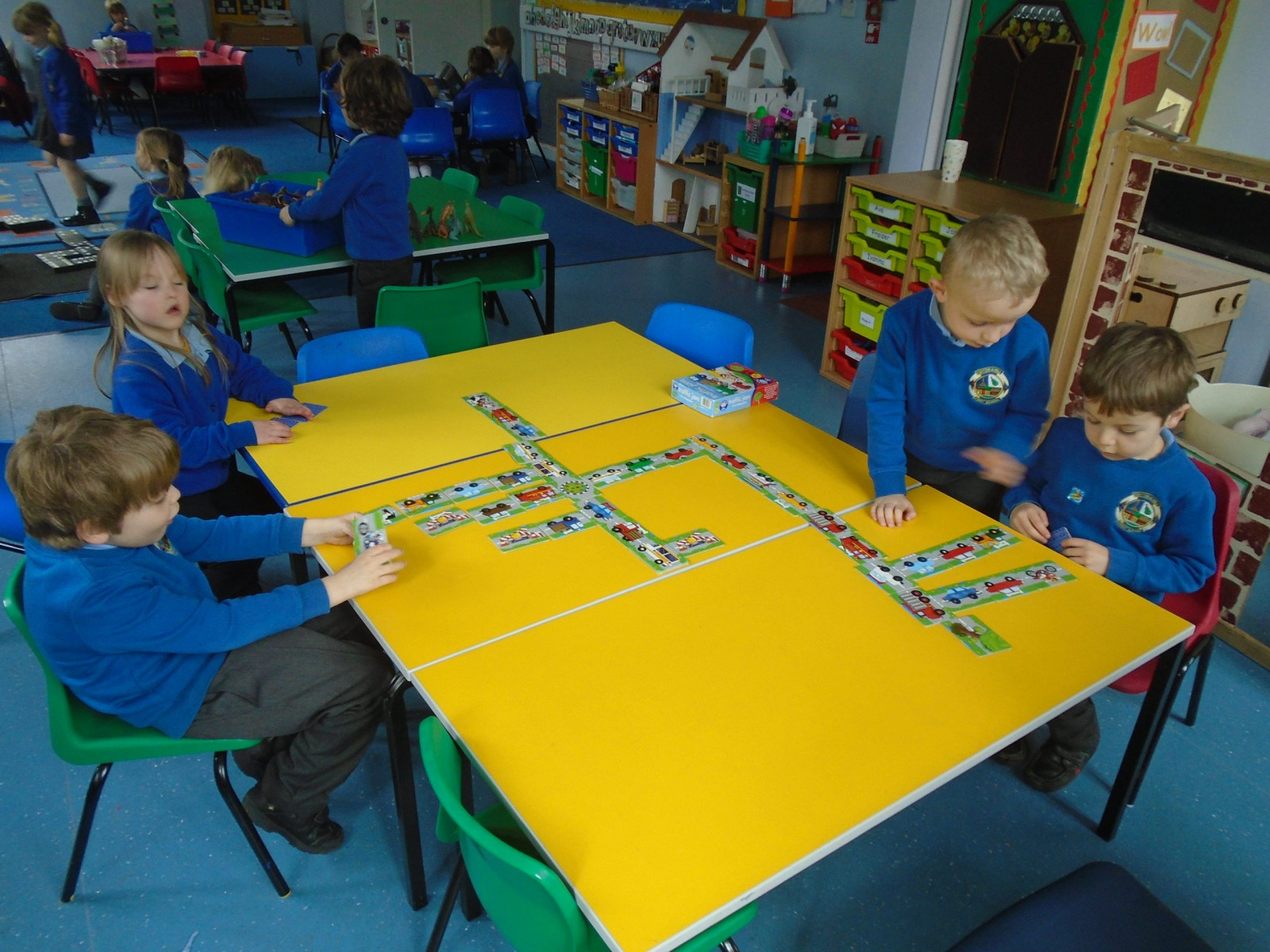 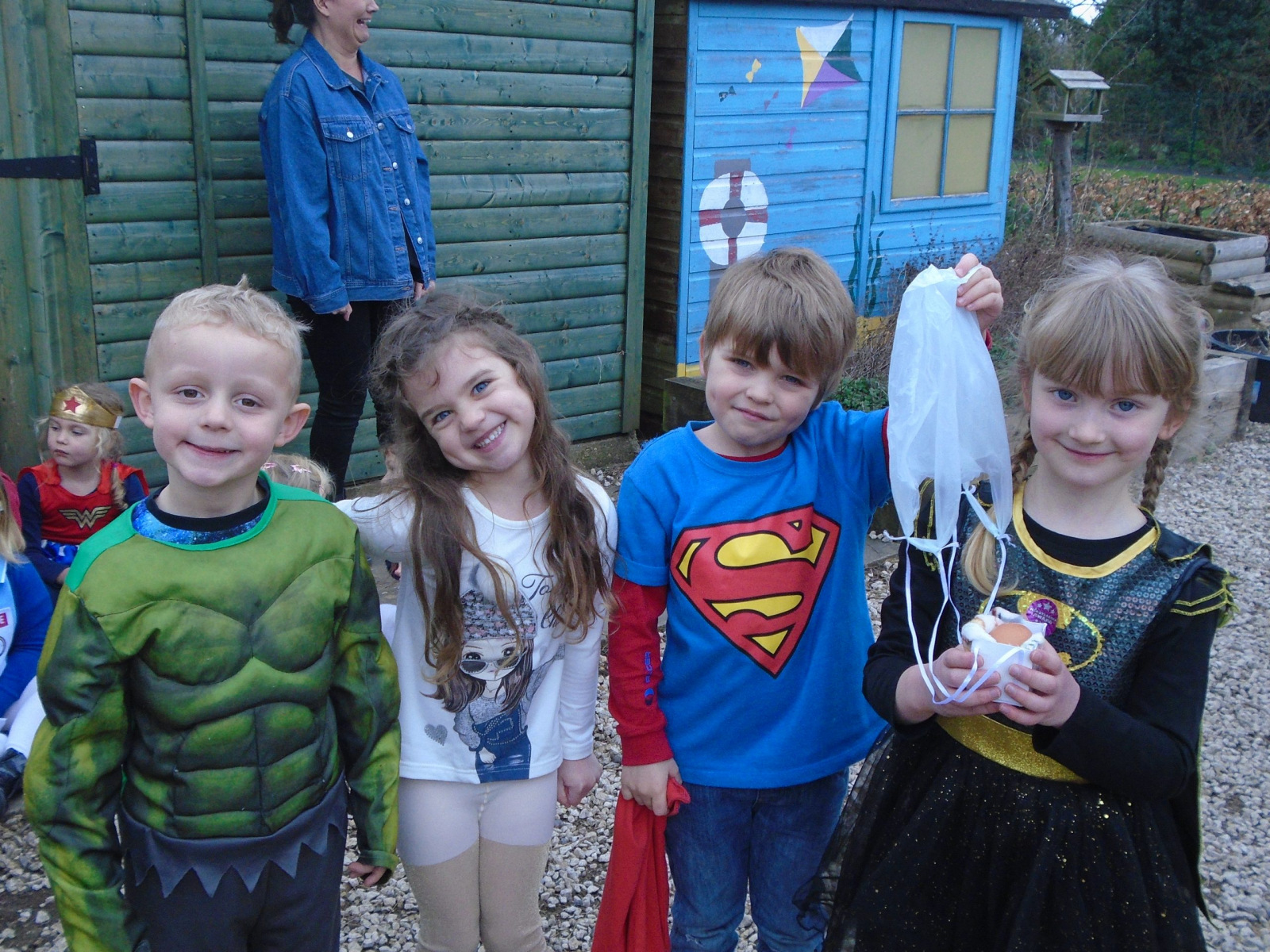 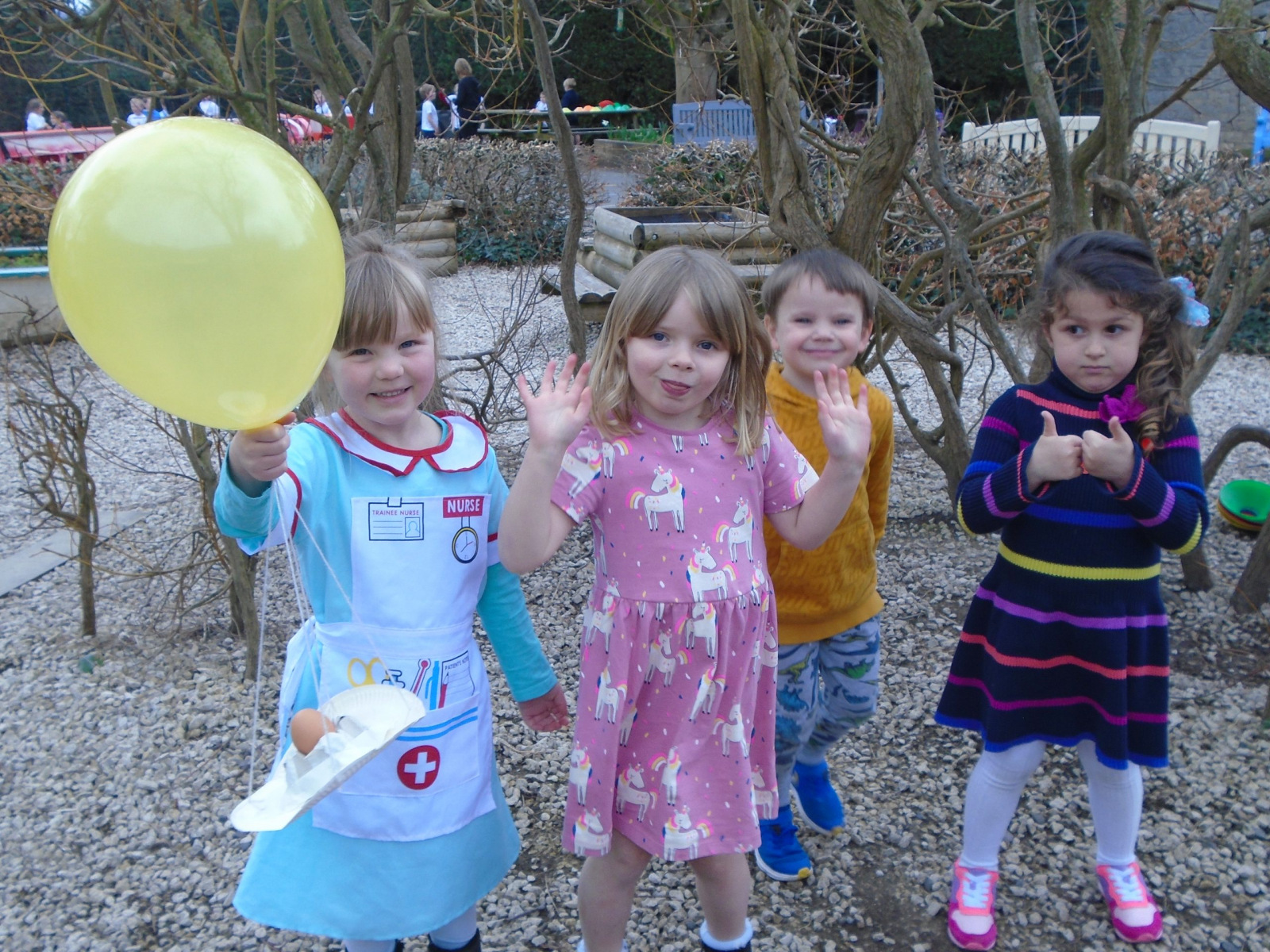 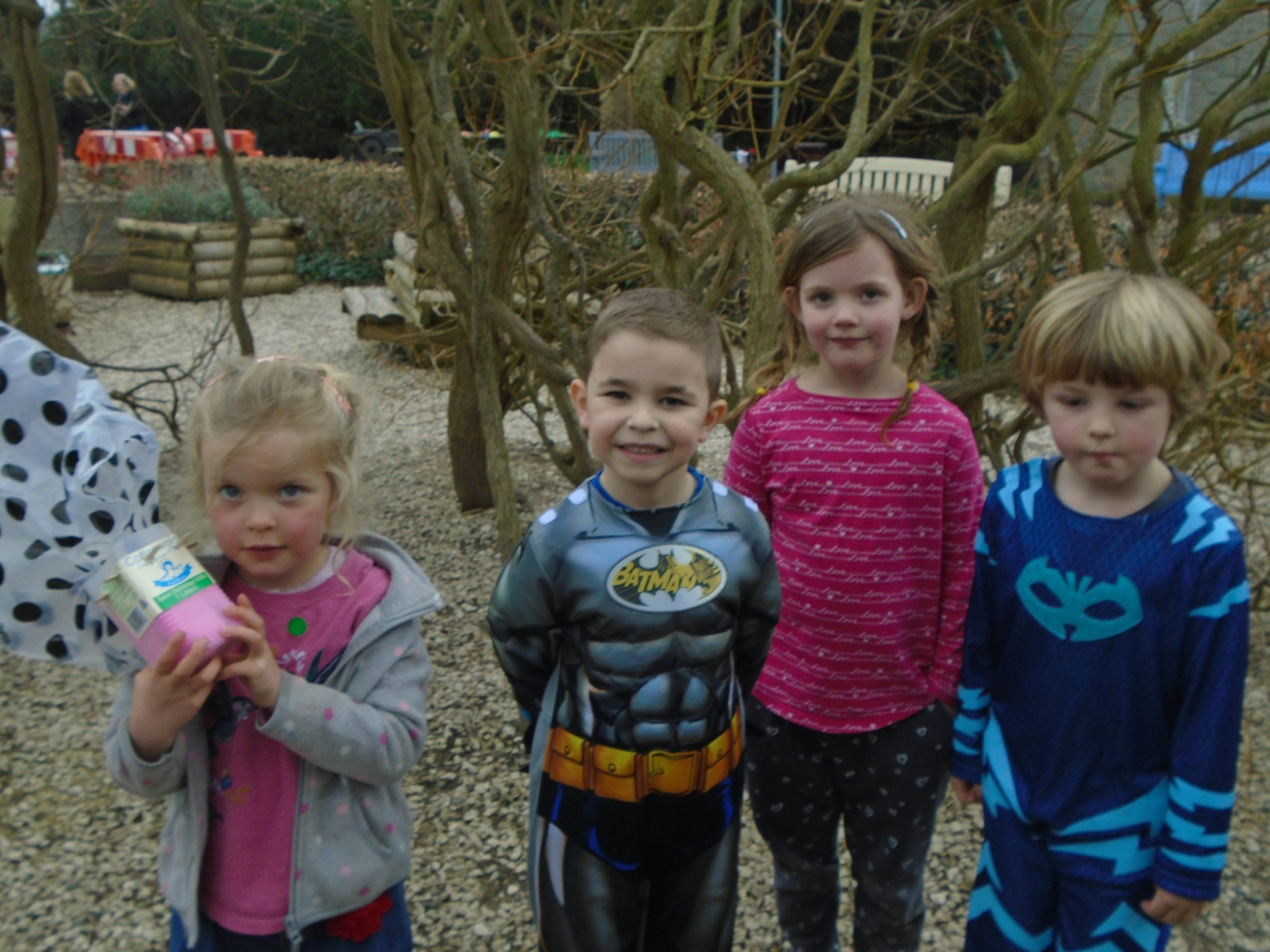 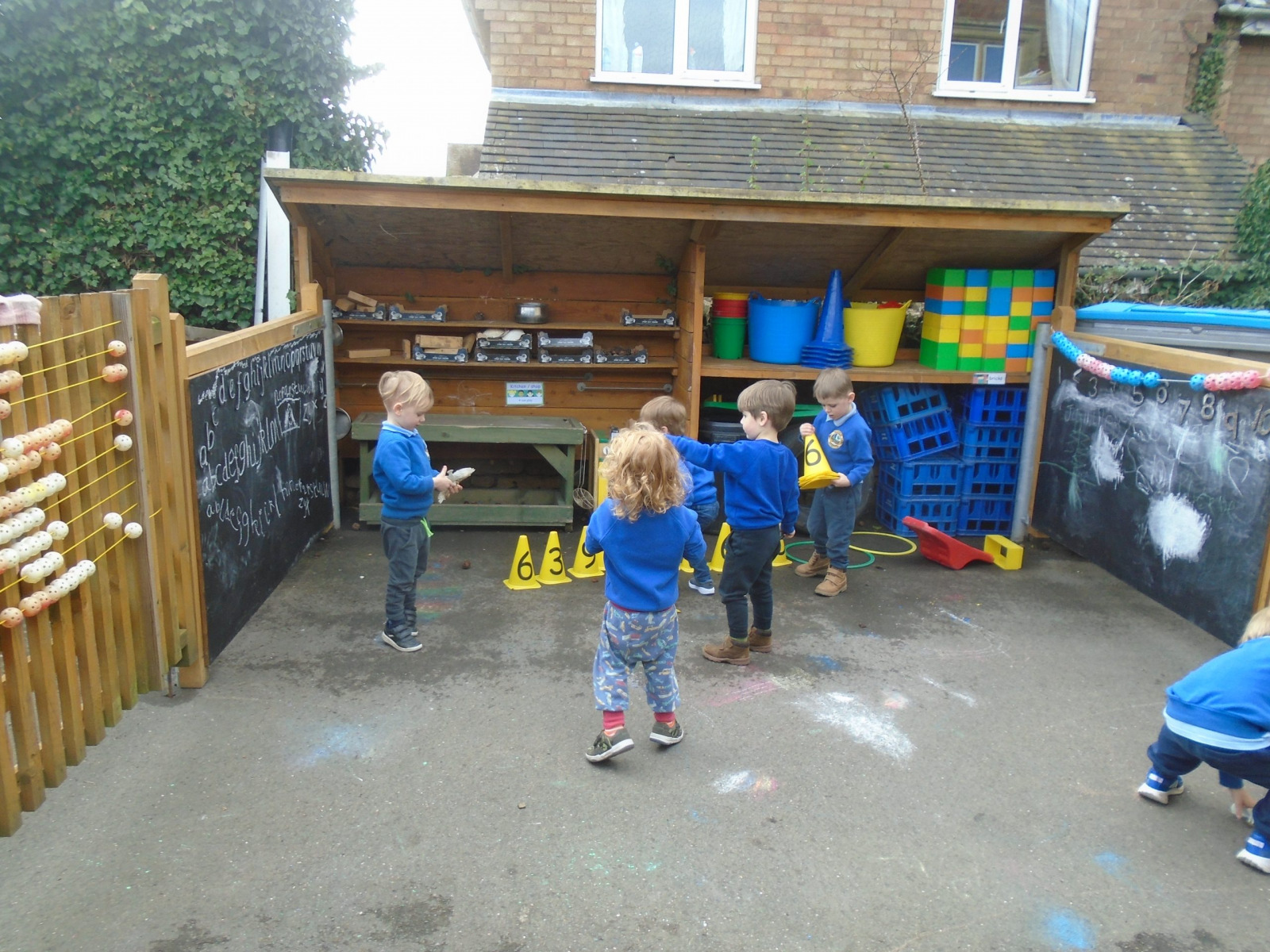 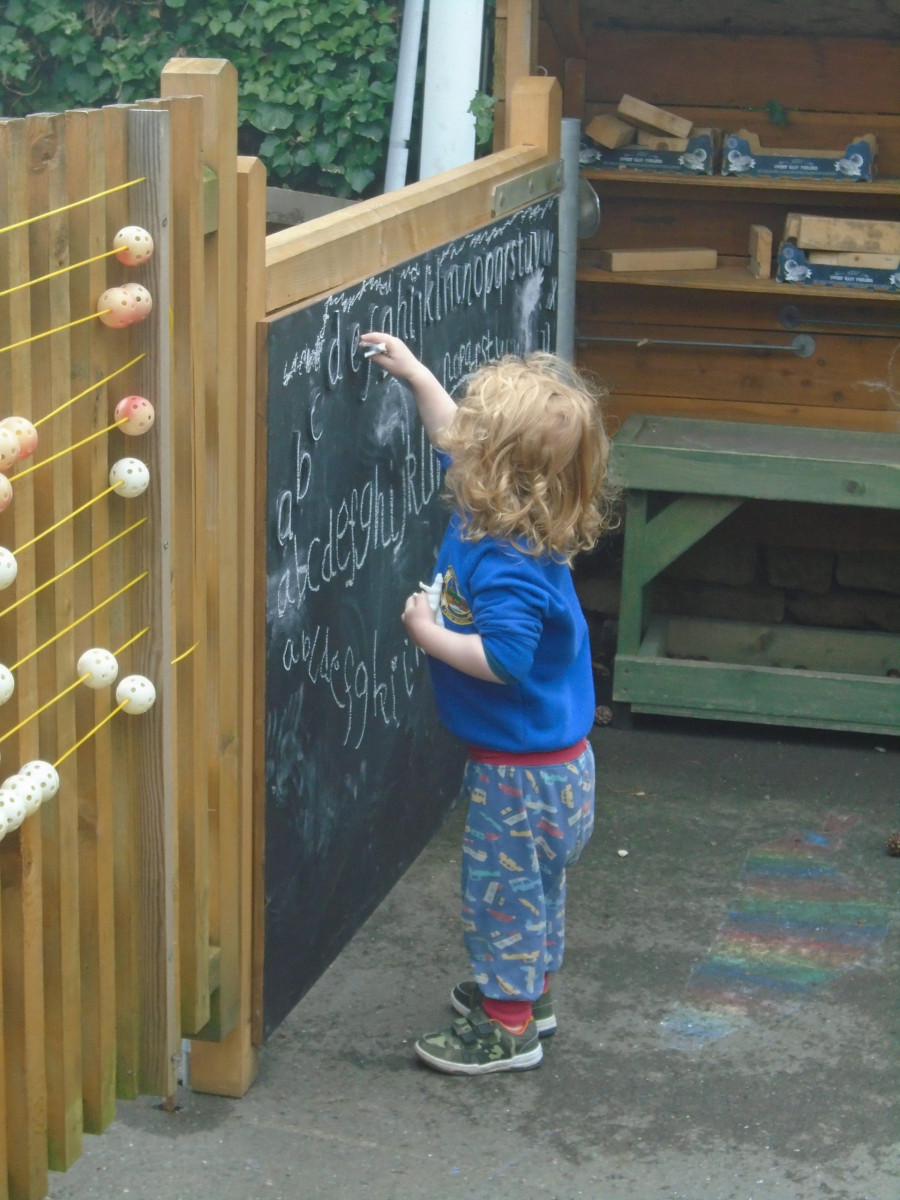 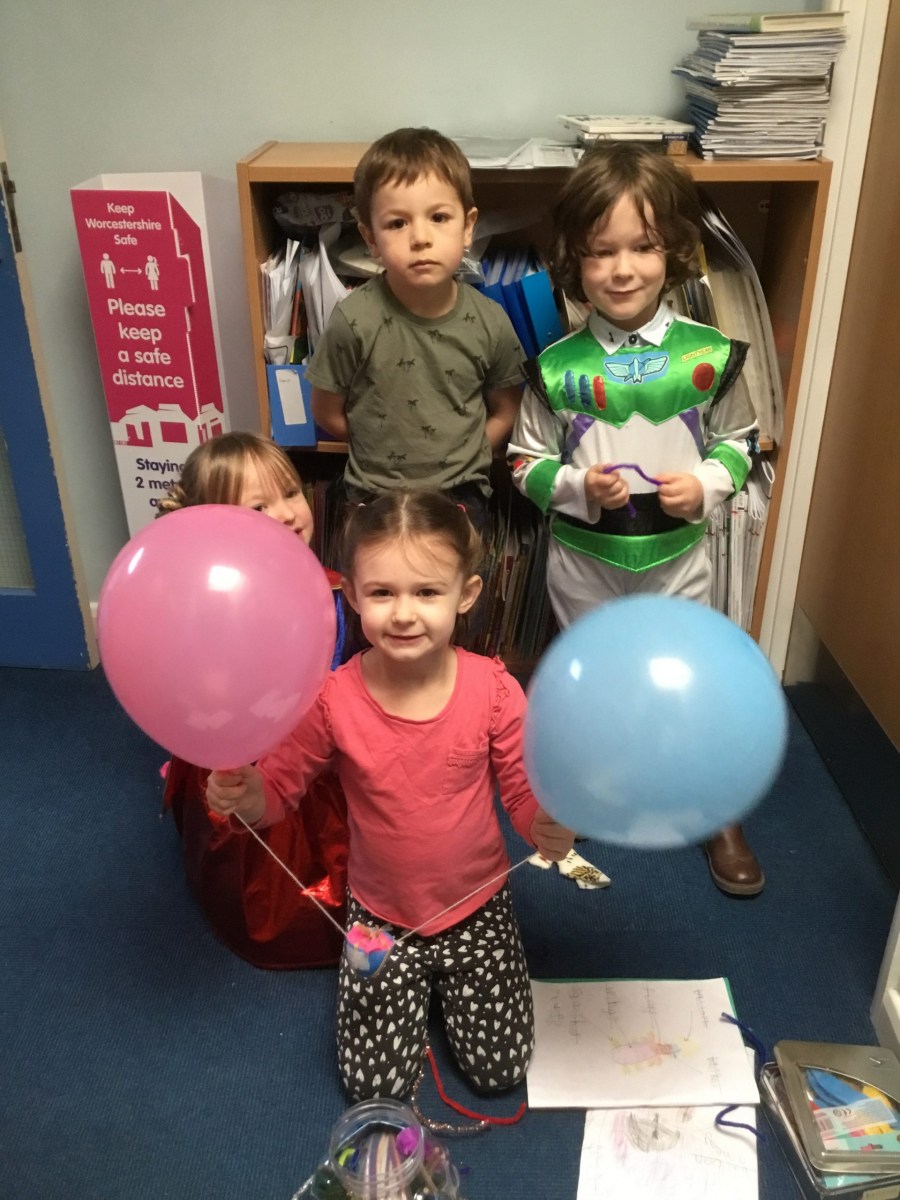