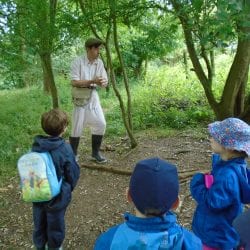 Following on from last week’s mystery of the huge nest with the golden egg that we found at forest school, the children suggested that this might be linked to the chicken that Jack (of the beanstalk fame) stole from the giant.
With this in mind, we made posters to advertise the disappearance of a golden egg laying chicken and then set about designing and building chicken traps at forest school. Later in the week these traps were visited by a multicoloured chicken (as evidenced by the large number of coloured feathers all around the traps and leading down the road) . Just imagine the excitement when, who should wander up to forest school but Jack himself, who had walked all across the hill from his little cottage in search of the giant’s chicken which had escaped!

The children were amazed to meet a real storybook character and were delighted to show him our traps . They then gave Jack instructions to follow the trail of feathers in search of his hen which he finally found in a chicken house further down the road and, following the children’s suggestions, returned to the giant from whom he really should not have taken it in the first place. 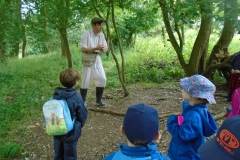 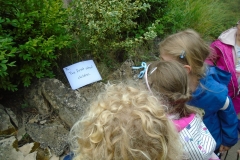 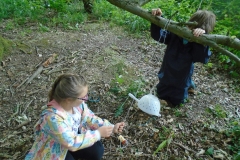 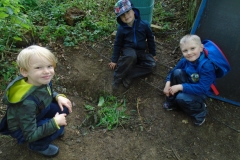 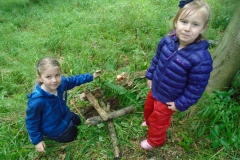 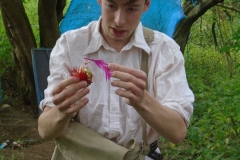 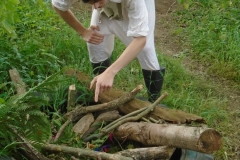 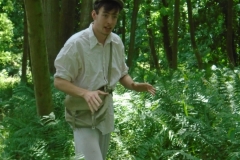 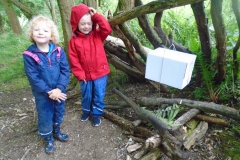 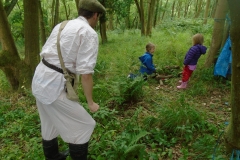 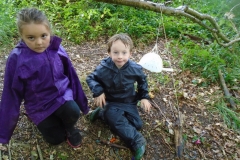 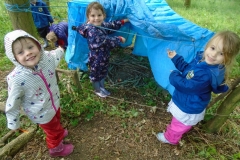 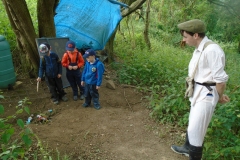 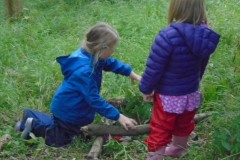 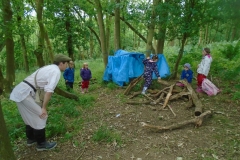 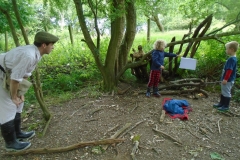