Following on from last week’s discovery of huge footprints and brightly coloured feathers in the pirate ship, this week we have been exchanging notes and letters with a pirate! We followed his treasure map to discover the whereabouts of hidden treasure which has been a wonderful addition to our role play in the classroom and many treasure maps have since been drawn and followed!

Many of us have also been carefully following written and pictorial instructions to make our own pirate hats .

We have built some wonderful pirate ships with construction kits and a group of our pre-schoolers showed real resilience and perseverance as they repeatedly tested their boat in the water tray to see if it would float. They kept on making modifications to their design until the boat finally stopped letting in water and a loud cheer went up in the outdoor area as it floated! 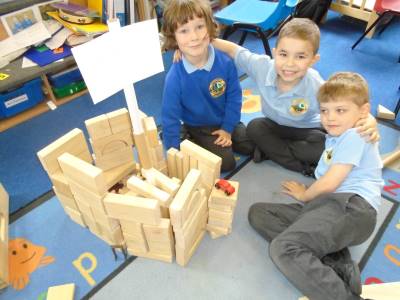 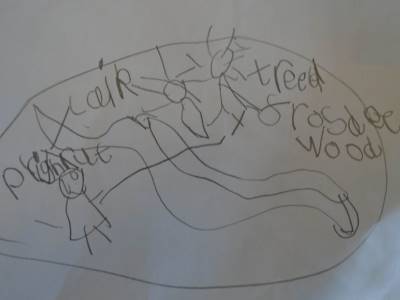 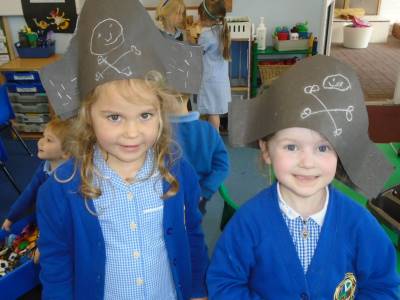 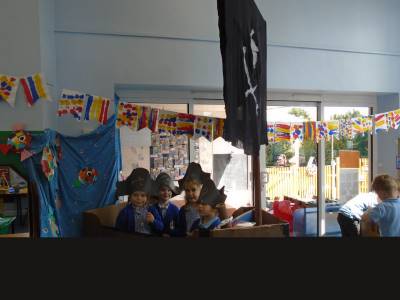 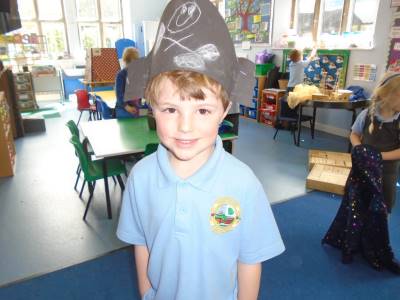 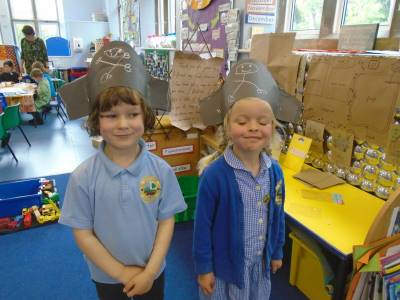 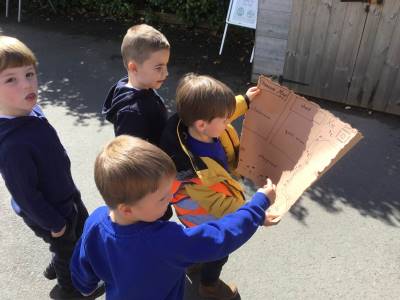 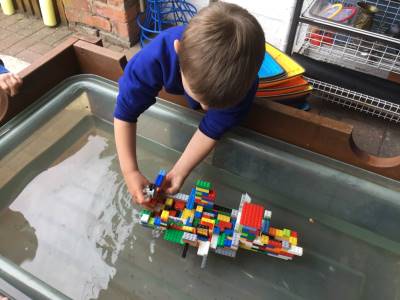